The Phoenix Suns dominate fast-paced basketball action in the team's home stadium, the Footprint Center, based in Phoenix, Arizona. Launched in the United States as an expansion team in 1968, the franchise's mediocre start has given rise to a dynamic presence in professional basketball. The Suns reached the National Basketball Association Finals for the first time in 1976 but failed to win the championship.

Owned by Robert Sarver, who purchased the team in 2004 for a whopping $401 million, the Suns reached the Finals for the third time in 2021. However, with the league's 5th best winning percentage of all time, the Phoenix Suns have yet to win a championship. 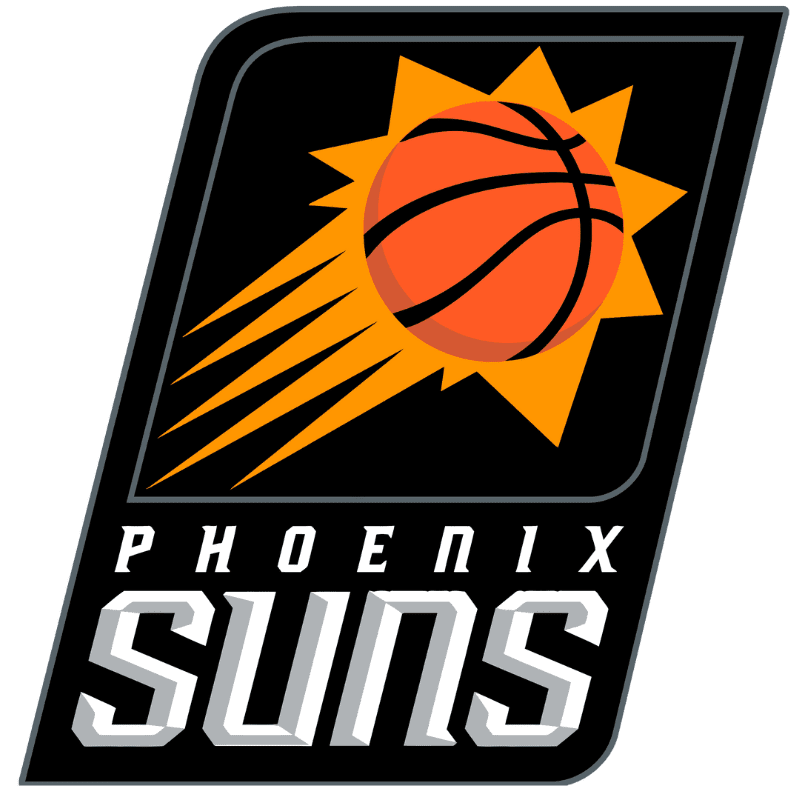 Why is the Phoenix Suns a Popular Team to Bet on?

Despite the lack of championships, the Suns are emerging as a favorite to win the NBA Finals for several reasons. With a top-tier roster and recent Finals experience to boot, the franchise is attracting seasoned gamblers and newbies who research how to bet on the Phoenix Suns.

Defense wins games, improving Phoenix Suns betting odds. Managing to protect the hoop against the best teams in the league, the Suns' defense is a force to behold on the court. Improving the defense by guarding the wing, Paul also inspires the team to robust defensive play.

DeAndre Ayton effectively guards the paint, adding to an already strong defense. Dominating on both ends of the court, the Suns are sparking interest from global gamblers who sense the team is finding synergy with a strong combination of successful defense and offense.

In Basketball, the dynamic duo Chris Paul and Devin Booker run one of the most effective pick-and-roll offenses in the league, leading to high-scoring games against worthy competitors. Finding harmony by melding individual styles, the two outplay opponents easily. With the addition of a strong supporting cast, the team's passing and patience help secure successful finishes to the delight of fans.

Four of the starting five have three-point shooting excellence to back up the pick and roll genius. Paul shoots better than 44% from 3-point territory, leading a team of effective 3-point shooters in putting points on the board time and again.

With an average of more than 12 threes per game, the Suns make the 3-pointer a major component of offensive success. Maximizing teamwork to get the ball in position, the team's shooting game fuels high scores at home and on the road.

Finding the open man consistently, each player moves unselfishly to benefit the team. Skillful player movement on the court translates into fluidity for the ball. Chris Paul led in assists during the playoffs in 2021, and the team is successful in assists league-wide.

Time is on the Suns' side since the team has a roster of young, talented players. The team's healthy lineup contrasts sharply with other dominant forces in the leagues. Unlike the Clippers, Lakers, and Jazz, the Suns have thus far managed to maintain a healthy and dependable lineup. With most players under 27 years old, the team has the energy, guts, and grit to compete at the highest level.

As a fan favorite and a team pundits pick to win it all next season, the Suns are a team to watch for placing wagers in the upcoming 2022-2023 NBA season. Phoenix Suns bookmaker online odds provide flexibility for gamblers to wager in various ways.

Choosing the team that is most likely to win the game is simply placing a moneyline bet at an online bookie website. For example, if the Suns are the favorite to win against the Mavs on October 19, 2022, odds will favor the team.
Let's look at a sample score:

In 2020, no one expected the Suns to dominate, and the bookies often undervalued the team in the market. Today, the team's strong record puts it at the top of the NBA. With the Suns favored to win on October 19, the spread may look something like this:

The minus sign indicates that the odds favor the Suns to win against the Dallas Mavericks by 2.5 points. Some online bookies are offering these odds to gamblers currently.

Suppose bookies set the total points for the October matchup at 200. A gambler wagering an over bet wins if the combined score of both teams is over 200. Bookings are over/under bets with the gambler wagering on the total numbers over or under the set odds.

Some fans just want to wager on a specific player's performance. In a prop bet, a gambler may wager that a player scores more or less than 40 points, 10-plus assists, or 3 blocks.

Best Bookmakers to Bet on the Phoenix Suns

Unibet is also a popular Phoenix Suns sportsbook. Its live betting option affords players the ability to wager during the game. This enhanced excitement draws gamblers from across the globe to bet on the outcome of each game, points, and player performances.

Attracting gambling fans with top game performances, the dominant Phoenix Suns are sure to obtain favorable odds for games in the upcoming season.

Top Players of the Phoenix Suns

With an energetic roster, the Phoenix Suns betting online attracts millions of fans. Sports enthusiasts enjoy iconic team players who boost team performance on the court and popularity off the court.

The Phoenix Suns chose Devin Booker in 2015 at the NBA draft after he played college ball for only one season. The team drafted Booker as the 13th pick in the first round. By 2017, Booker broke records as the youngest player to score more than 60 game points with 70 points against the formidable Boston Celtics.

In 2019, the 22-year-old posted another record as the youngest NBA player in history with back-to-back 50-point games. As a 3-time All-Star, the talented shooting guard was crucial to the Suns' NBA Finals appearance in 2021.

At 7ft 1 in., Deandre puts his 250-pound muscular build to effective use against opponents in the paint. Picked by the Suns in 2018 as the first choice of the NBA draft, he joined the league's All-Rookie Team in 2019.

In 2021, his dominance helped solidify the Suns' Finals appearance in 2021. As the Suns' first number 1 overall draft pick in team history, Ayton has lived up to the hype by helping the team to record its best record in 2021 at 64-18.

Top Statistics of the Phoenix Suns

As a dominant force in the National Basketball Association, the Phoenix Suns enjoyed a successful 2021–22 season. As the franchise's 54th season in the league, the Suns began the season defending the team's Conference championship title. With an eye on returning to the NBA Finals, the Suns beat the Denver Nuggets to win the Western Conference.

The Suns achieved a franchise record by acquiring the most wins in a season after defeating the LA Lakers in April. During the playoffs, the team also beat the New Orleans Pelicans to advance but lost to the Dallas Mavericks team, which advanced.

Dominating in both the Western Conference and playoff games, the team returns this season with a young, effective roster and players who have found synergy in moving the ball up the court to score. Dominating the hoop, Devin Booker is a high-scorer, and Chris Paul inspires his team to greatness by giving it his all at both ends of the court.

Barreling into the playoffs last season with an impressive 64-18 record, the team experienced an unexpected season end, disappointing fans at each online sportsbook. NBA sports fans are showing interest in the October 19 season-opening rematch against the Dallas Mavericks.

History of the Phoenix Suns

Since 1968, the Suns have won the Western Conference title three times, including 2021, 1993, and 1976, which increases the number of fans participating in Phoenix Suns betting. In the team's initial seasons in the National Basketball Association, Connie Hawkins, a Hall of Famer, and Dick Van Arsdale jelled to pull off upsets to reach the NBA finals.

Facing the Boston Celtic is an intense 6-game series, the Suns lost to the dominant Celtics. After drafting Walter Davis in 1977, the player set franchise records for scoring during the 11 years he played for the Suns.

Over the decades, the team has enjoyed the playing prowess of NBA greats, such as Charles Barkley and Kevin Johnson. During the 2019-20 season, the team came close to making the playoffs due to the strong shooting performances from phenom Devin Booker. However, it was during the following season that the team's decision to trade for superstar Chris Paul transformed the offense and attracted gamblers to wager at a popular sportsbook online.

The dynamic point guard helped the Suns take the Western Conference by storm and earn a third appearance in the NBA finals, prompting an uptick in online sports betting. The Suns took a commanding 2-0 lead over the Milwaukee Bucks before losing four straight games, which effectively ended the team's championship title run for the season.